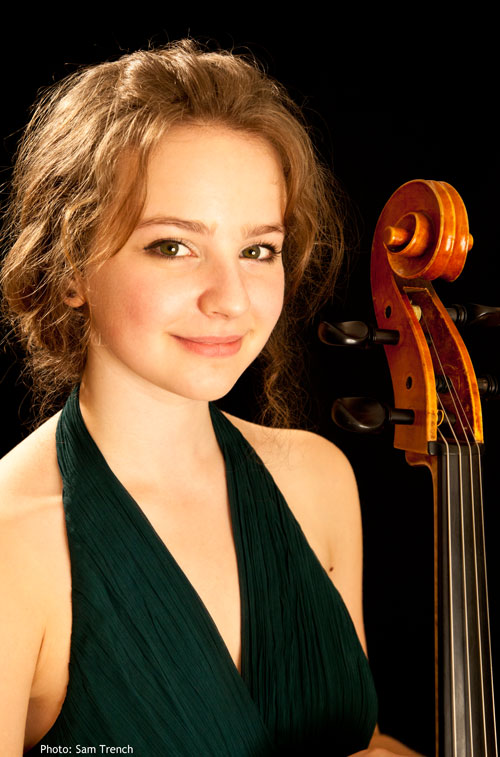 We are thrilled to welcome back Laura van der Heijden to open our 2020 season, accompanied by Jams Coleman, also no stranger to Uckfield.

Winner of the 2012 BBC Young Musician of the Year Competition, Laura van der Heijden has been making a name for herself as a very special emerging talent, captivating audiences and critics alike with her imaginative interpretations and probing musicianship.

Her critically acclaimed debut CD “1948”, featuring Russian music for cello and piano with pianist Petr Limonov has been hailed as a “dazzling, imaginative and impressive debut recording.”

Laura has performed with leading orchestras such as the Philharmonia, the Academy of St Martin in the Fields, the Royal Philharmonic, BBC Philharmonic, European Union Chamber and English Chamber Orchestras. She performed with the Melbourne Symphony Orchestra in the opening concert of the inaugural BBC Proms Australia, conducted by Sir Andrew Davis. Laura plays a late 17th-century cello by Francesco Rugeri of Cremona, on generous loan from a private collection. She is an Ambassador for both the Prince’s Foundation for Children & the Arts and Brighton Youth Orchestra.

This concert is dedicated to the memory of Derek Watmough, past president of Uckfield Music Club