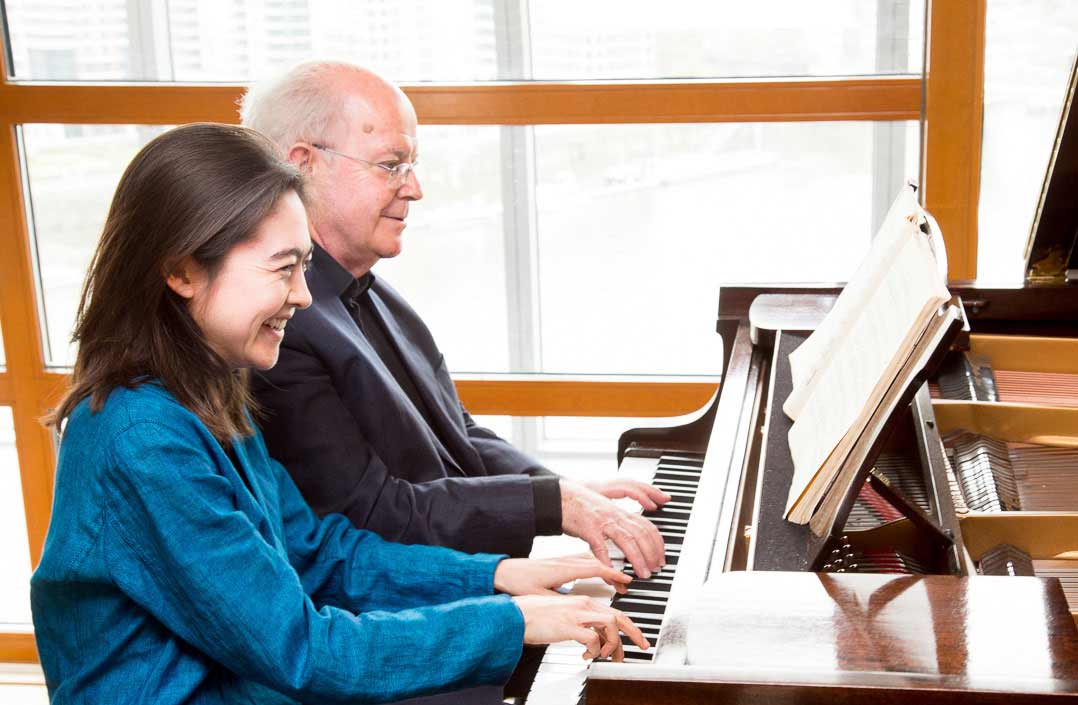 FOR OUR LONG AWAITED RETURN to live music making we are thrilled to welcome the piano duo of Julian Jacobson and Mariko Brown. This piano duo is now established as an ensemble of rare distinction, vitality and originality. With a repertoire firmly centred on the great classics for piano duo repertoire, they have also continually sought out new and neglected repertoire.
Recently they have premiered Julian’s virtuoso concert transcriptions of two Gershwin masterpieces, the Second Rhapsody and
An American in Paris, which latter will be a highlight of tonight’s concert.

“It came as balm to the soul to encounter some real, sensitive music-making… the tumultuous ending would have brought the house down in a properly packed venue –which is surely what
the piece deserves.”
(Gershwin’s Second Rhapsody). Telegraph online

Please support us and help to keep great music-making alive in this area…become a member!